You are here: Home > Florence Nightingale Centenary
On July 29, 2010 in Old News & Events

To celebrate this important centenary, numerous events are being held across the country, some organised by hospitals Trusts.

Florence Nightingale will mainly be remembered for her care of the soldiers in the Crimean war, where she was as known the ‘Lady with the Lamp’. It was her experience in this war that led her to research and campaign for better health care and sanitation. She was a prolific writer and her writings are reflected in a book entitled ‘As Miss Nightingale Said’ and also in other publications including ‘Notes on Hospitals’ (1863).

After the Crimean war, money which had been donated by the public was used to towards establishing the first organised training school for nurses; the Nightingale Training School at St Thomas’ Hospital, London.

In 1858, Miss Nightingale visited Liverpool to present two papers at a meeting of the National Association for the Promotion of Social Science. Two years later, Mr William Rathbone, a prominent Liverpool citizen, approached Miss Nightingale to ask her advice about setting up a District nursing scheme, as he was already committed towards the care of the sick in their own homes. This was to be the first district nursing service in the country.

Mr Rathbone had long been an admirer of Miss Nightingale and with her advice and assistance, he established a School of Nursing at the Royal Infirmary, in 1862, which also supplied nurses for the sick in their own homes. He also undertook to build a Nurses’ home, in Ashton Street, which opened in 1863.

At this stage, the second Infirmary, which opened in 1824, was deemed inadequate to cope with the mounting pressures of medical services. Mr Alfred Waterhouse, the Liverpool architect, was commissioned to design the new Royal Infirmary and Miss Nightingale is said to have influenced some of his designs in relation to the height of the wards, in order to provide maximum fresh air and light and also advised on spacing between the beds, in both the Nightingale and round wards. The new Royal Infirmary opened in 1890 and provided health care for the people of Liverpool and beyond, until 1978.

A bust of Miss Nightingale was given to the Liverpool Nurses Training School by herself. The bust which was placed in the Nurses Home in 1902, records ‘the invaluable aid she rendered to Mr William Rathbone and the Committee of the Royal Infirmary’.

Over the years there have been are a number of significant associations with Miss Nightingale, the Royal Infirmary and subsequently the Nurses’ League.

Also in 1954, the stained glass window in the Chapelwas presented to the hospital by the Nurses’ League, in memory of nursing staff who served in the wars. The window shows the Royal Infirmary crest. Florence Nightingale, a Rathbone district nurse and a Ward Sister. The window is now in the Chapel of the Royal Liverpool University Hospital.

In 1982, the Nurses’ League donated money towards the restoration of the St Margaret’s church, in East Wellow, Hampshire, where Miss Nightingale worshipped.

In 1989, the League also donated money to the Florence Nightingale Museum, located on the site of the original Nightingale Training School at St Thomas’ Hospital, London.

The Florence Nightingale Museum, which opened in 1989, has been closed for restoration but  reopened in May. The museum holds a unique collection of artefacts which reflect the extraordinary life of Florence Nightingale and the impact her legacy had on the developments of nursing and healthcare. On the 12th May, the anniversary of Miss Nightingale’s birthday, Archbishop Desmond Tutu addressed the annual Florence Nightingale service in Westminster Abbey.

Florence Nightingale was one of the most famous and influential women of the 19th century. Her writings continue to be a resource for nurses, health managers and planners, to this day. She is quoted as saying’ her greatest achievement was to make nursing a respectable profession for women’.

Mr William Rathbone was amongst many who admired Miss Nightingale’s achievements. Through her professional association with him and her drive and influence, the Liverpool Royal Infirmary Nurses’ Training School and the Home for Nurses, would not have been established.

This article by Ann Spencer,appeared in the 2010 journal 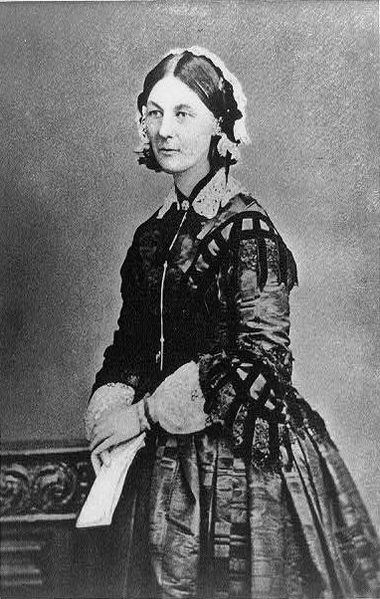