You are here: Home > Liverpool University Nurse Graduation 2009
On December 18, 2009 in Bursaries

On the 8th December, Ann Spencer, President of the Nurses` League and myself were invited to join the 2009 graduate nurses at an informal gathering in the School of Health Sciences, following their graduation ceremony at the Philharmonic Hall.

This is when the Royal Infirmary Nurses` League Awards are presented to the prizewinners. The Rebecca Haynes award for 2009 was awarded to Natasha Butler. Below is a photo of Ann presenting Natasha with her certificate. Unfortunately, the winner of the Mary Jones award was unable to attend. Full details of both the award winners will appear in the 2010 journal.

Ann was also asked to present hospital badges to all the nurse graduates.

The Nurses` League would like to congratulate all the 2009 nurse graduates and wish them well in their future careers. 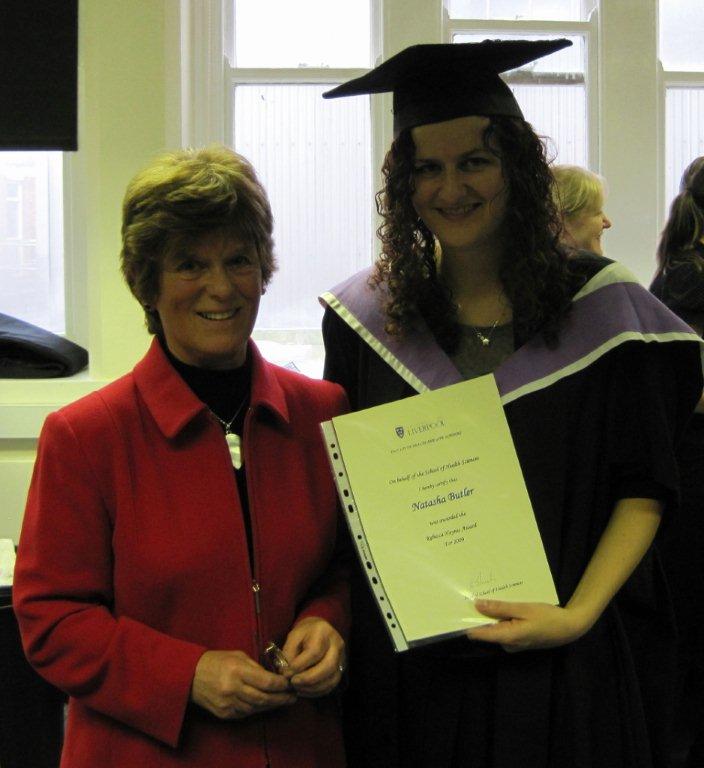